My trip around German secondary schools and closer acquaintance with the management of Humboldt-Institut, which prepare international students for studying in German schools, inspired me to create several articles of what I have seen and learned. And although my journey is not over, I'm in a hurry to publish this article and share my enthusiasm with my readers!

WHO IS ABLE TO STUDY IN GERMAN SCHOOLS

Admission to secondary schools of Germany is aimed for highly motivated students from 14  years.

Foreign students often enter the 10th grade of the German Gymnasium after finishing high school at home, at 16-18 years, and then study at  Germany for another 3 years. Moreover, they are not the oldest in the class. About half of their German classmates will be the same age, while there are those who finish school earlier at 19 and at the earliest at 18.

After finishing German school with the Abitur program students apply to the German universities where an education is free even for foreigners. At the same time the German certificate is recognized by universities in all countries, providing they have excellent knowledge of learning language. In any case the completion of secondary school in Germany with Abitur will give your child more advantages than the graduation from the British, American or International schools, as all graduates of Abitur speak at least German at proficiency and English at advance level. And for capable at foreign languages children studying Abitur would give the opportunity to learn other 1-2 European languages.
Passing an Abitur automatically gives you access to German Universities without having the preparatory program at the University, after which applicants must compete for a place with  many other international students.

There are more than 300 boarding schools in Germany and many of them accept international students but they cannot go directly to Abitur/. All schools want to see a student progress in their school at least one year prior Abitur to make decision if they can admit this student to the programme.

The transition to another school always happens with stress and adjustment period to programs. Especially if this school is in another country, it is significant difference in school curricula. Moreover if the studying is in another language. Therefore, sufficient knowledge of the German language is extremely important.

The German schools set very high requirements to knowledge of German for foreign students. Unlike British schools, where education for international students is an important part of the economy and many schools have international centre, in Germany no one would bother with a student who does not understand the meaning of the lesson. Even the youngest candidates are expected to have B2 level of German. Admission to last grades of high school requires B2-C1 level and preliminary academic German course. In addition, German schools require from international applicants fairly advanced knowledge of another European language and English at least at B2 level. It’s because all German students learn 2-4 foreign languages in high school and by the time international students join the program all those languages are taught at advanced level.

That's why the largest language school in Germany Humboldt-Institut, which prepares international students for more than 40 their partner German high schools, created a year-round German language courses for children from 10 years and older, having organized the world's only year-round language boarding schools in Bad Schussenried and in Lindenberg.

Only on invitation of Humboldt-Institut I was able to learn more about secondary education in Germany, the Abitur program and to visit the wonderful German school in the South. 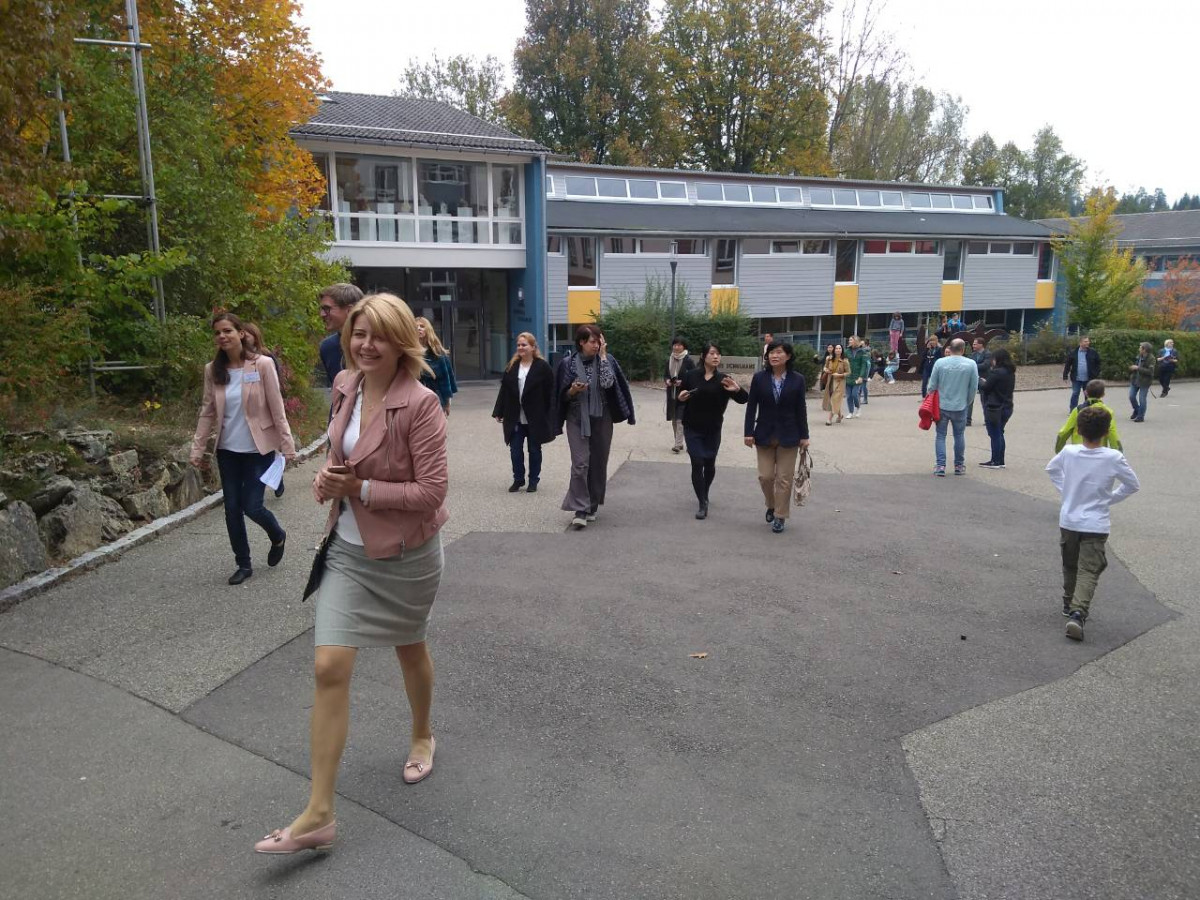 Now, these two centres year round prepare international students for further admission to German Gymnasia, offering intensive German courses with 25 lessons per week for children 10-14 years and 30 lessons per week for children from the age of 15. Each student's progress is monitored with weekly tests and frequent examinations. As the children live in boarding schools they are studying German not only in the class but also continue to improve language skills during afternoon and evening activity program, weekly trips and even during meals. Therefore, even if the child starts as a complete beginner level he would still have B2 German in about 6 months.

WHY TO STUDY GERMAN IN HUMBOLDT-INSTITUT

Humboldt-Institut is very different from all other language schools. It is a real school! The first thing that struck me was closer acquaintance with people who do it. Our one week Familiarization trip on German secondary education has changed my personal attitude to Humboldt-Institut as a school. We heard the inspiring story about the founder of the company and met with the entire family, which is involved in the business. Humboldt-Institut CEO and a son of the founder Lennard was one of our drivers on the trip. That gave us an opportunity to get to know his human values and see how is his family passionate about their lifework, not only to teach foreign students the German language, but also to bring each child as a successful and responsible citizen of the world. 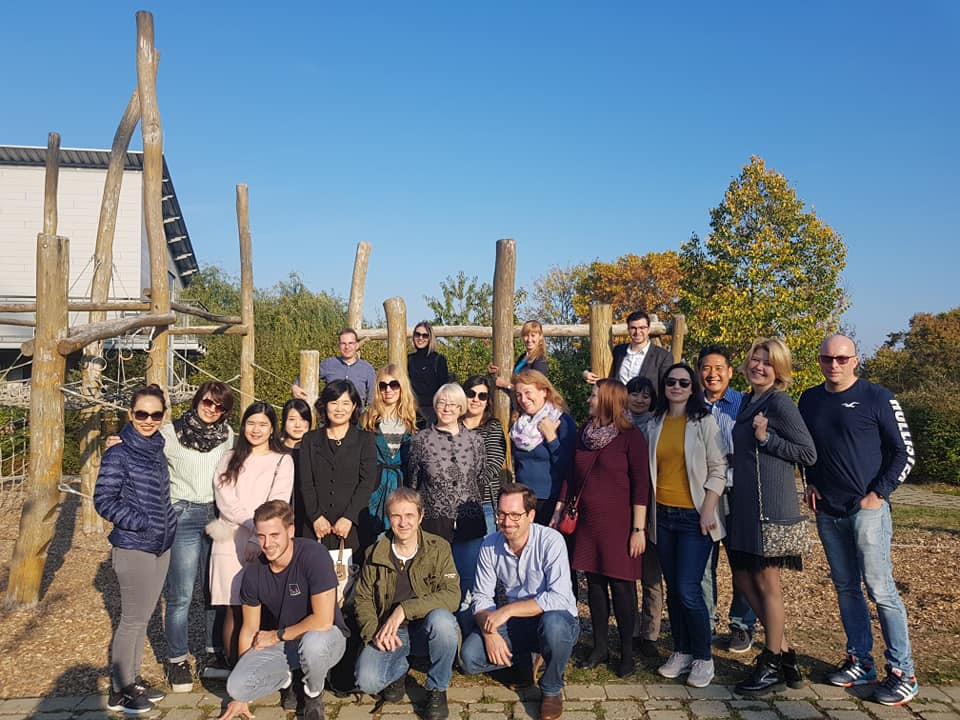 We learned about the remarkable engagement of all students in compulsory outdoor education. The goal of this project is to bring the child out of comfort zone. The school offer these classes outside fore times during the year and teaches students to work in team and get survival skills at nature. For example, for 3-4 day, the team had to build a zip line so the others could cross the river.

We had an inspiring presentation on why "bringing out of the comfort zone" is the Moto of Humboldt-Institut. There were three circles on the room floor where we were gathered. In the inner circle lay a pillow and the circle was called circle of comfort. People can sleep all their life staying in a circle of comfort and this zone will be very narrow. The circle that had wider diameter contained objects that were used only in extreme cases: compass, helmet, snowshoes, camping cookware and more. Even look at this ring caused some discomfort. That was the circle of challenge zone. The third circle was the widest and it was empty. We were explained, that if a person decides to step out of the comfort zone at first it causes stress. And the person might start to panic and step into zone of panic. But the more the person returns to the area of learning something new, the more he practices new skills, the more comfortable he feels there and his comfort zone expands. 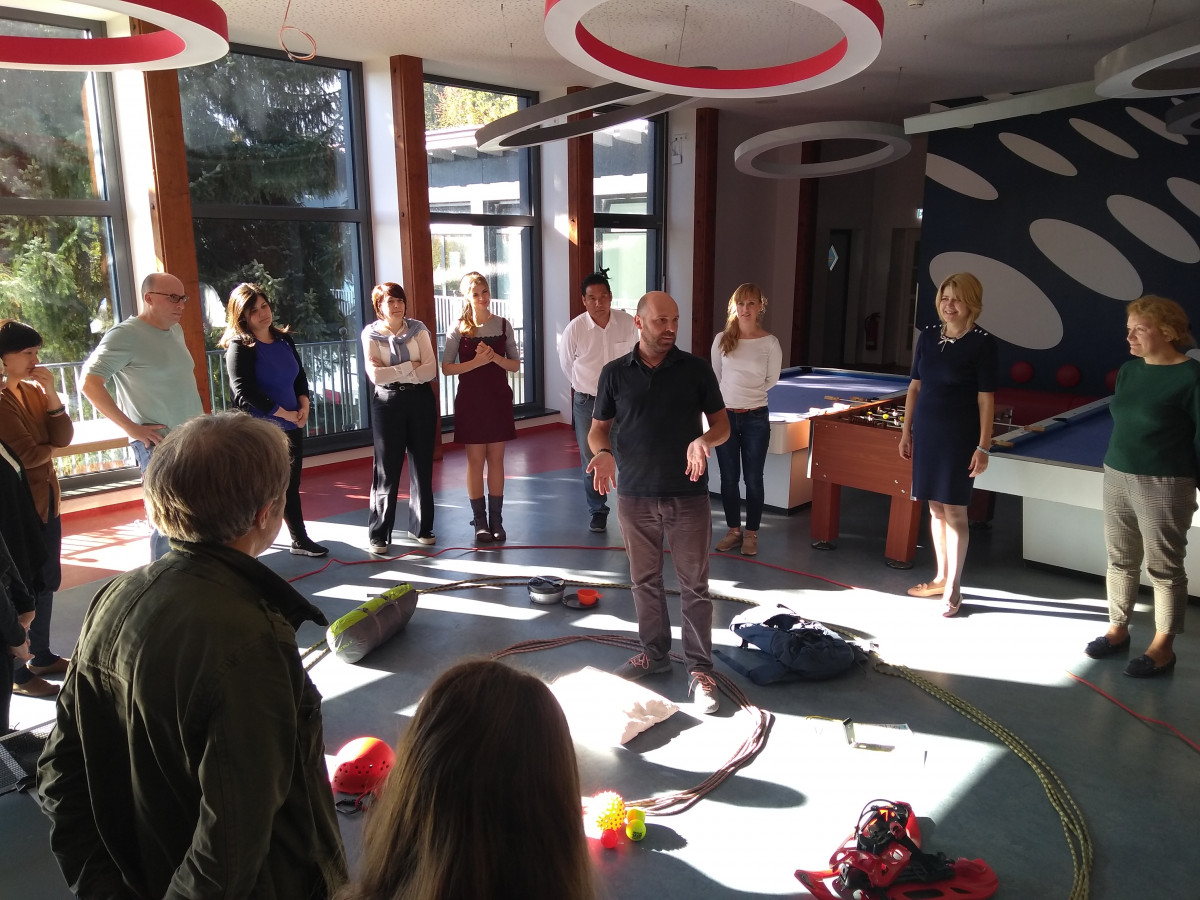 People who try to do more, have more and fuller life and achieve more. And that's why students of Humboldt-Institut quicker master their German and become successful students in German schools because they are taught to get out of their comfort zone as often as possible and expand horizons.

During our visit to the campus of  Humboldt-Institut in Lindenberg I fell in love with the view of the German Alps from the windows of classes or student rooms. I also talked to students of Gymnasium Lindenberg who lived in the boarding house of Humboldt-Institut. The two boys I talked to had been studying in the Gymnasium for the first year and came to Germany without previous knowledge of German. One of them studied German at Humboldt-Institut only for 5 months, the second did for 7 before entering the high school requiring a confident B2 level! And I emphasize the word only! To learn German from scratch in five months or even in seven to speak fluent and study at high school – this is impossible to do with any tutor or courses at home. I would even say that without a long immersion in the language environment and structured study it is impossible to bring foreign language to the level of successful academic study in high school, especially in the University abroad. 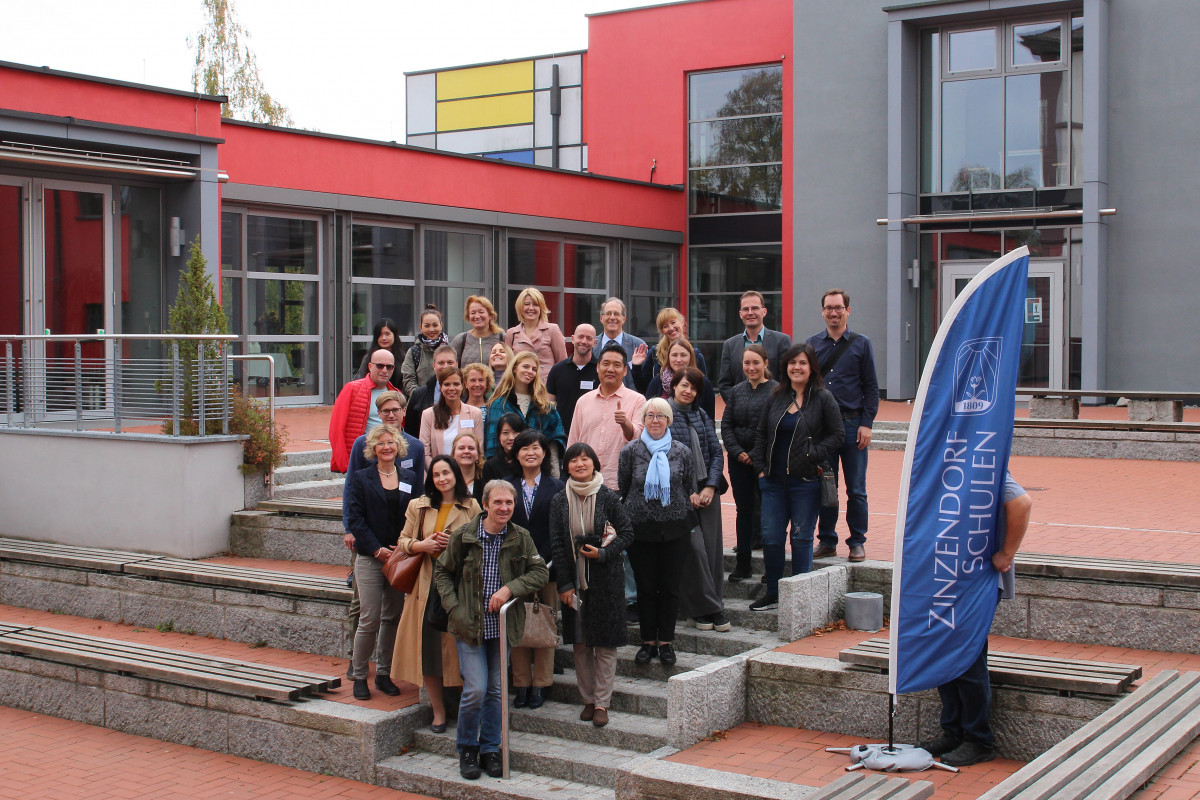 Humboldt-Institut offers a 5-week academic preparation course needed for the most selective German schools, Students can be enrolled to the course after reaching B2-C1 German level. This course was initiated on the request of Asia students of Asia, who are very serious learners and usually want to be better prepared with language before starting a school abroad. Now this course starts 2 times a year, in spring and summer and is very popular because it facilitates the transition between programmes of German schools and schools at home, teaching terminology in basic school subjects (e.g. mathematics, physics, biology, chemistry, history, politics, geography) and study skills (such as working with sources, summarize texts, conducting research, role-modelling or project work). 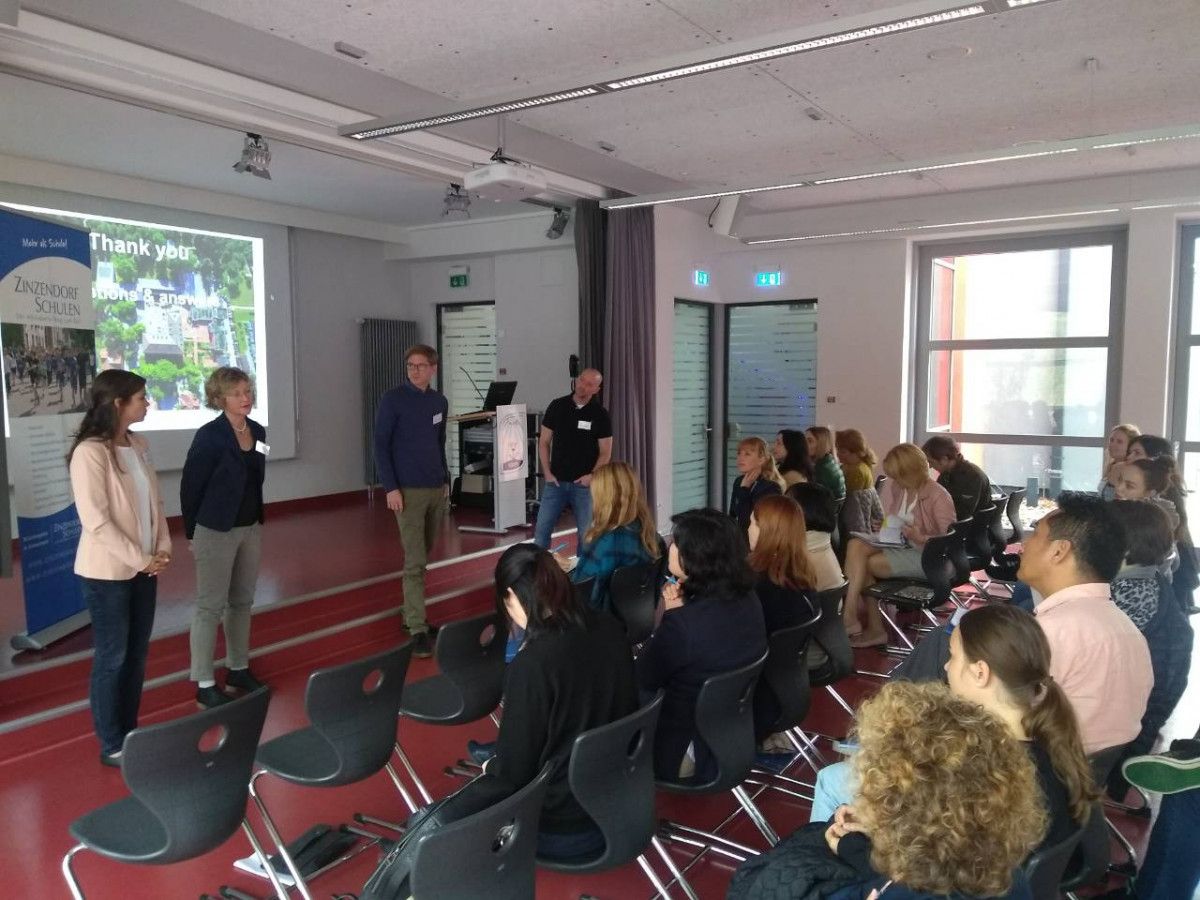 Private boarding schools in Germany offer the same high level of education as public schools. At the same time, private schools pay a significant role in the upbringing motivation and responsibility of children. In addition, private schools can offer a wide choice of classes and clubs for all-round development of the child directly on the school campus, paying attention to music lessons, sports, arts and social work.

State boarding schools in Germany do not charge tuition fees and even international students only need to pay the cost of boarding. The classes at public schools are twice larger then in private and it’s not easy for foreigners to catch up with German students. It’s possible but very difficult for international student to get a place in German public school, as State doesn’t want to spend German money on foreigners. It allows public schools to admit foreigners but the places are very limited, often there are none and schools put higher requirements in academic achievement and German language. 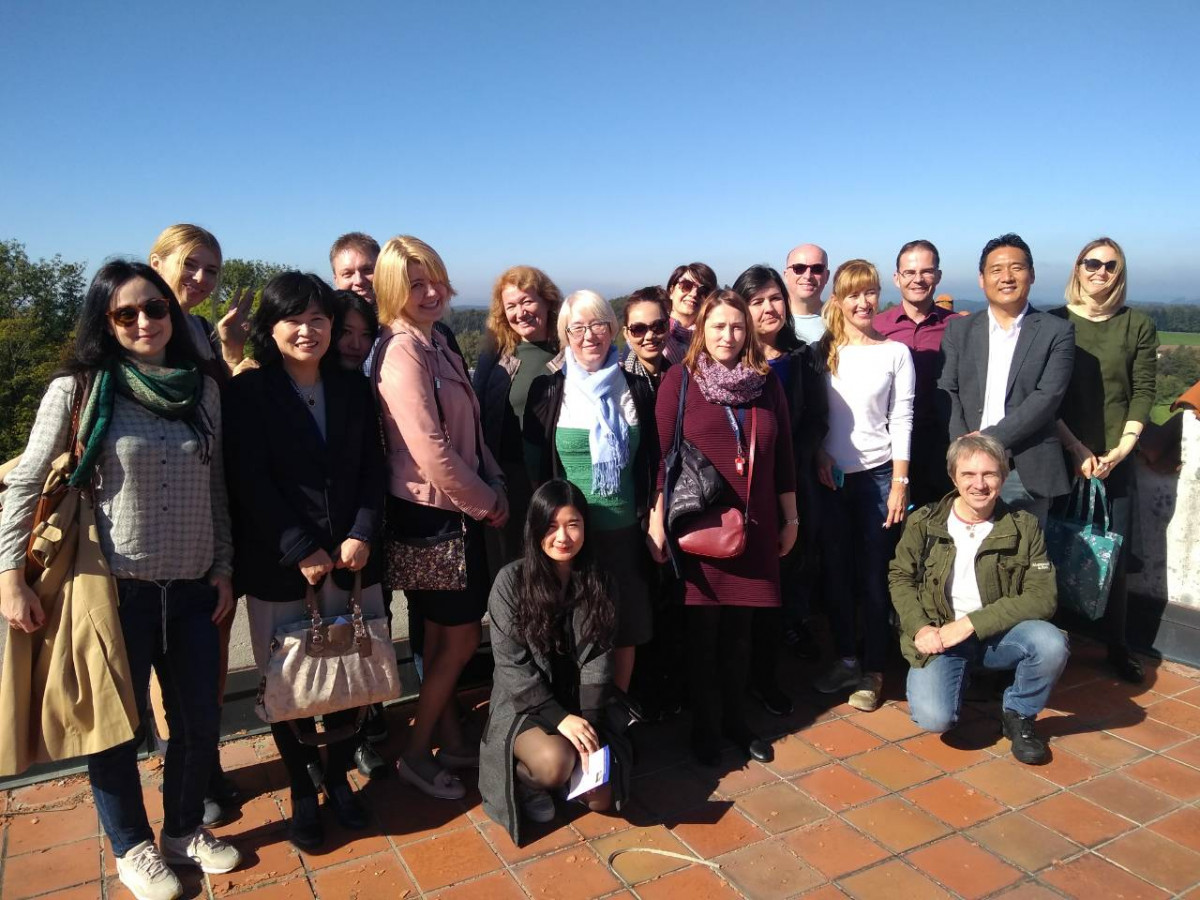 Schools founded by the Protestant or Catholic Church, is open to students of other faiths. In such schools religious education plays a role in the student lives, all students will attend Sunday mass and will be brought up on Christian values.

Choosing a school in Germany, one needs to consider the location of the school, since the Federal lands are responsible for their educational system. This means that educational standards, which are at very high level all over Germany, can vary in different lands: the duration of study at school is 12 or 13 years. Also the admission requirements for foreigners from countries outside the European Union vary. The location can play an important role in choosing the right school if you have requirements for specific extracurricular activities such as sports (e.g., water or mountain sports) or cultural development of the child.

But not the wall teach your children and not the region is preparing them for independent living. All schools which we saw during our one-week Fam tour of Germane secondary schools had been wonderful and any of them would be a good choice for further education.
Thank you Humboldt-Institut and everyone who works here! Everyone who attended this trip is inspired to promote secondary schools in Germany and preparation for them with Humboldt-Institut! 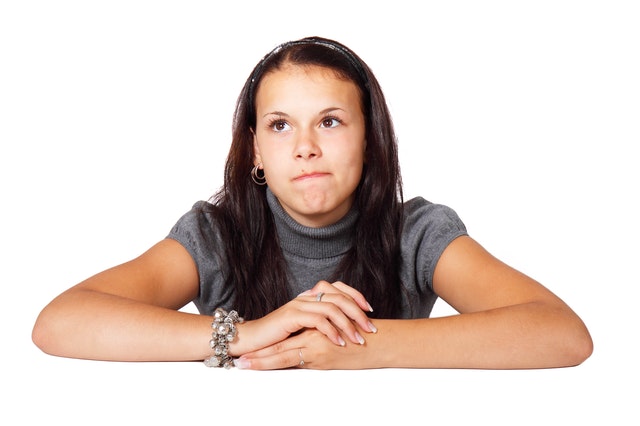 Bromsgrove School in the UK: My impressions from my visit